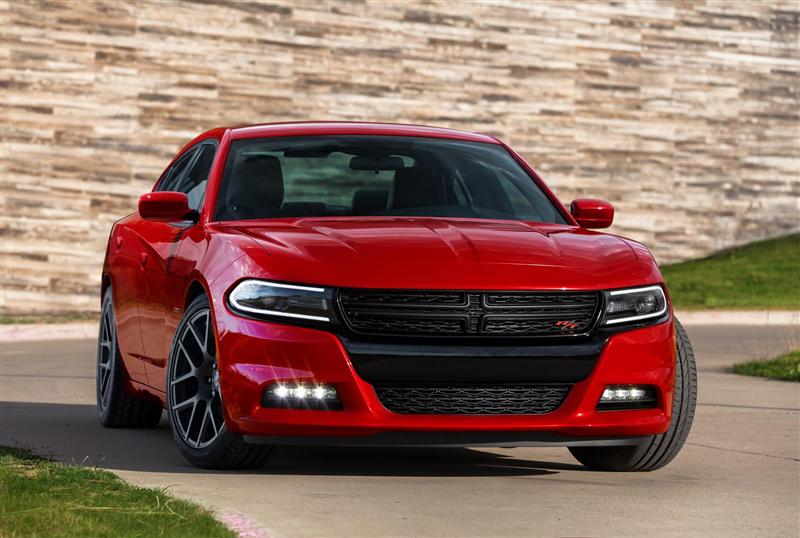 At the New York International Auto Show, the premiere of the updated full-size sedan Dodge Charger, who replaced almost all the body panels and borrow design of the front end in the compact Dodge Dart.
Archaic head optics and grille are gone. Now the lights Dodge Charger summed LEDs grille is in the form of sports “mesh” and the bumper “registered” bright fog lights.
As stated in the official press release, the new “Charger” replaced virtually all body panels. In comparison with the previous modification immediately struck by the new bow with a very massive grille and new headlights, as we have said. The car clearly has become more aggressive, angry, at least outwardly. Rear spoiler, a new, and the lights have changed slightly.

In addition, the car got new wheels with diameter up to 20 inches.

Interior changed no less. Here you can find a new tidy with a large 7-inch display, a three-spoke steering wheel, as well as multimedia system Uconnect, which, depending on the version, is equipped with a 5- or 8.4-inch touch screen. Also there are added security systems like adaptive cruise control and collision warning complex with controlled position on the strip.