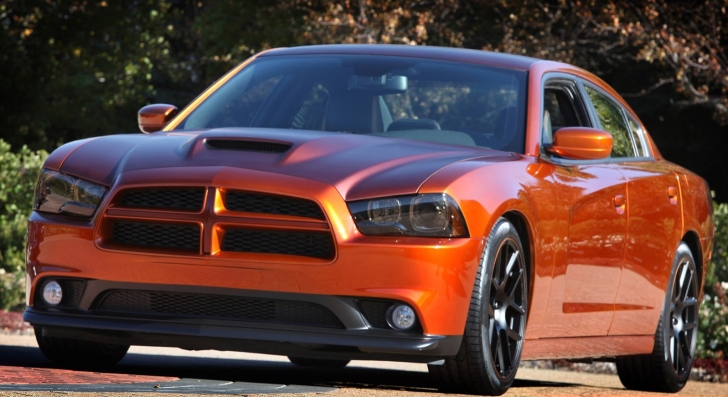 In preparation for the famous tuning show SEMA great tuning studio Mopar, that specialized in working with models of the Chrysler marquee, announced a conceptual sedan Juiced that was based on the platform of Dodge Charger. Its main advantage is a10-cylinder engine from the great and famous coupe Dodge Viper.

In the process of implanting a huge engine under the hood of a sedan engineers from Mopar studio provided it with some additional modifications, resulting in the fact that V10 power output grew to 650 hp. That’s 10 “horses” more than the output of the engine of the present generation of great SRT Viper. Engine from Mopar tuners was supplied with the intermediate intercooler and a modified exhaust system. It appears that after processing the engine is even more environmentally friendly than it was before.

One can easily notice the conceptual Juiced Charger by the interesting aerodynamic kit that includes a new hood and trim on the front bumper and 20-inch wheels. In addition to the body kit, sedan was supplied with stiffer suspension, which improves handling. Meanwhile, accurate data on the dynamics of the prototype in Mopar studio is not reported. It is likely to be unveiled at the tuning show.