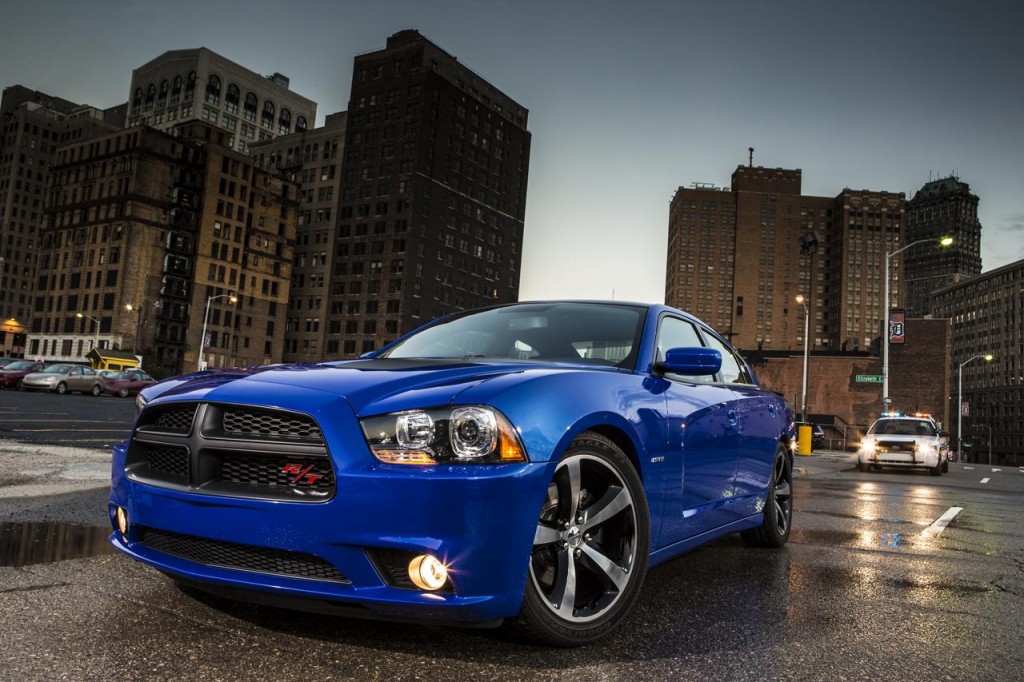 Premier of the great Dodge Charger Daytona in a limited edition was held at the Auto Show in Los Angeles. The company plans to produce only 2500 sedans with 370-horsepower V8 engine, which will be different in terms of exterior and interior design and a redesigned chassis.

Under the name of Daytona in 1969-1970 Chrysler Concern presented a racing modification coupe Dodge Charger and its civilian version, which became known in particular due to an extremely advanced aerodynamic elements. In the period from 2006 to 2009 special versions of a four-door Charger were produced, named in honor of the legendary ancestor. In 2013, the sedan will also receive a limited edition of Daytona, whose release will be limited to two and a half thousands.

This Dodge Charger will get a V8 Hemi power-plant with 370 hp. The new versions will be available in one of four exterior colors – white, silver, black or blue, as well as matte black grille and inserts on the hood, spoiler, and appropriate markers. In addition, sports sedan will have redesigned interior, 20-inch wheels, paddle shifters transmission with sport mode, migrated steering and suspension clamped. The price in the U.S. dollars will be at least 32 990.