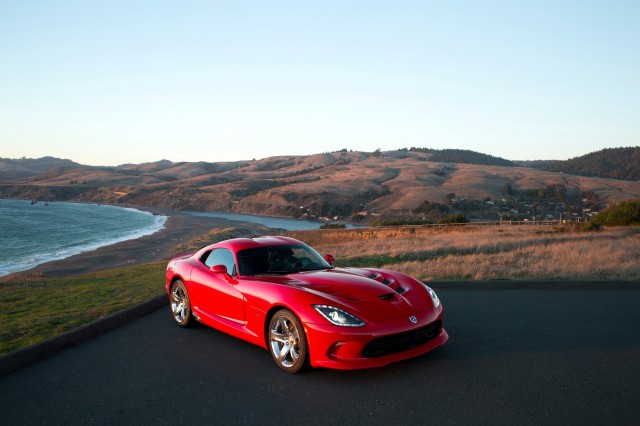 As we have recently heard that Dodge has very solemnly presented in Detroit its production start of the newest SRT Viper (the car model is now formally not a part of the brand of Dodge) and declared it all over the world, the company has fueled interest in the Chrysler model among fans of sports cars. But to those who live in Europe, it seems, will have to find their own sporty super-car as the novelty will not be delivered to Europe.

The main cause of failure of transatlantic exports is that the American automaker intends to focus on the sale of “Viper” in the U.S., despite the high interest in it over the ocean. Not the last was also the fact that the new Viper, equipped with a 8.4-liter 648-horsepower V10, apparently, is very problematic for the certification for use on the roads of the European Union.

Another important factor was the price of the sports car, which in the Europe would have been significantly higher than in its motherland. So, in the U.S. market price of SRT Viper starts at $ 97,395, the Europeans, according to various estimates, would have to pay for it about $ 130-140 thousands.