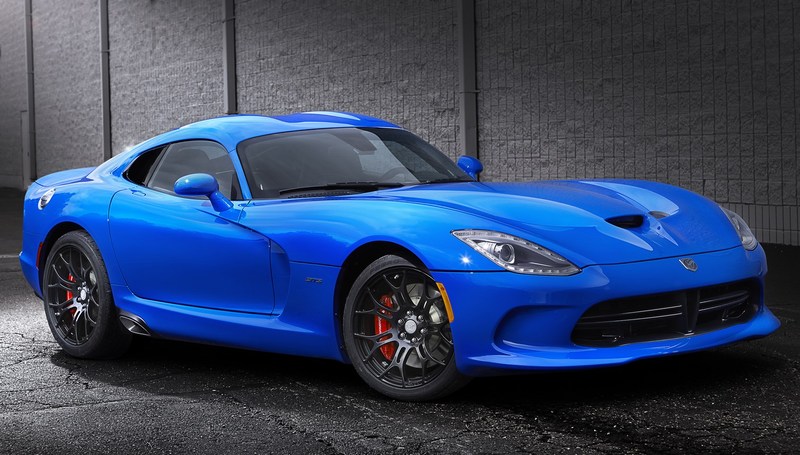 Company announced its plans for 2015. It is known that the planned release of several new modifications of the vehicle, new options, exterior colors and revised V10 engine working on 8,4l of volume with an increase of 5 hp, which is now equal to 654 hp and 814Nm of torque. Modified engine consumes less fuel – 11.8 l / 100km in a rustic mode. Dodge Viper sports car will also be available in version GT, standing between the basic version and top GTS version with adaptive suspension dampers with variable adjustments, adjustable stabilization system and different options of sports seats. Also, there will be versions Viper TA (Time Attack) 2.0 Special Edition with improved aerodynamic body kit, Viper GTS Ceramic Blue Edition in a unique body color Ceramic Blue.

These vehicles will be produced only 32 and 40 items, respectively. In general, choose to be anything else.
The real pleasure for fans is to drive with the wind waiting for cars with a body roadster, which also promise to return to the series. And on the engine V10 and further improvements will be carried out in order to make it a little more powerful. There may be situations by changing the setting of a mechanical supercharger.

This Motril – the main pride of the manufacturer in terms of the motor, but it comes on the heels of the power plant compartment Dodge Challenger SRT Hellcat with motor 6.2 Hemi V8 Hellcat (717 hp and 881 Nm), in which case the “Viper” may have 800 horses under the hood.