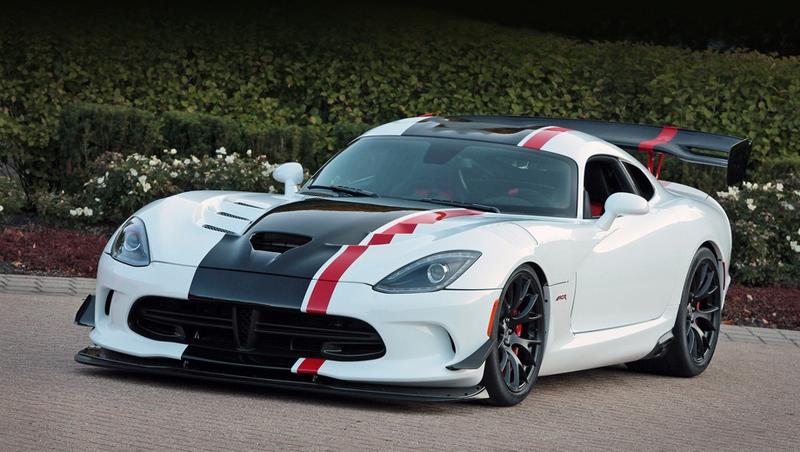 It is difficult to improve exotic supercar, but it is possible. With these words, the company announced the upcoming availability of two-door coupe Dodge Viper ACR (American Club Racing) last fall at an auto show SEMA. The car, sharpened for the track more than a Viper, was presented solely as a concept. Like, “a showcase of our capabilities,” and all that. But experts immediately remembered: ACR coupe with the prefix in the past generations of Viper flashed twice. So, maybe the company is preparing the way for the release of the heir on the basis of the current fifth generation?

And so it happened: insiders only that the model is given the green light, and in July of this year, it will get into production. And if in 2013, the fans track days gazed at Viper Time Attack, then the ACR will make them forget about the monster. ACR – it is the most developed aerodynamic package ever seen in serial Vipers, racing suspension and carbon-ceramic brakes diameter 391 mm with six-piston calipers Brembo, to which cooling air is supplied through a special carbon-fiber channels in the front bumper. Incidentally, the basic car on all the corners is “Rotor” in diameter and 355 mm four piston calipers. Complete the set ACR 19-inch wheels with satin-black coloring.

On completion of the motor company is not telling. However, even the basic version for a lightweight version of the “Viper” should be enough to excess. Recall that in the Viper is set to “aspirated” V10 8.4 (654 hp, 814 Nm). But probably more technical details we learn in the summer, closer to the launch of the model to the stream.