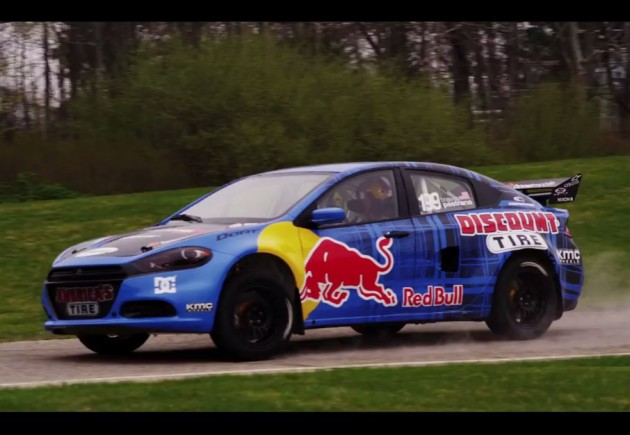 We will start our release with very hapy news for all the Dodge fans. Pastrana got the fist win for Dodge on the RallyCross. Travis Pastrana, the great and very professional speed-driver had some kind of a not so easy start during the year 2012, though we will not stay on the bad side, as some bad times always pass. The most important thing right now is the fact that Pastrana got the victory at the RallyCross with Dodge Dart.

It is useful to learn that it was one of the not so recent victories for Pastrana, after some of the bad starts during this year, and for the Dodge Dart its was its first, fresh and simply exciting speed-win of the RallyCross at New Hampshire Motor Speedway of the summer 2012. The even took place last weekend, so now Dodge seems to be in the party-mood, celebrating the debut and first win of their best model of the year 2012. After first qualifiers Pastrana was third, but he put it all to the edge and managed to get oneself through other and straight to the first point in the racing. Though it is not over yet, as the final racing for this even of Global RallyCross will take place at Las Vegas Motor Speedway, so the Dodge is putting all of its hopes to these days.