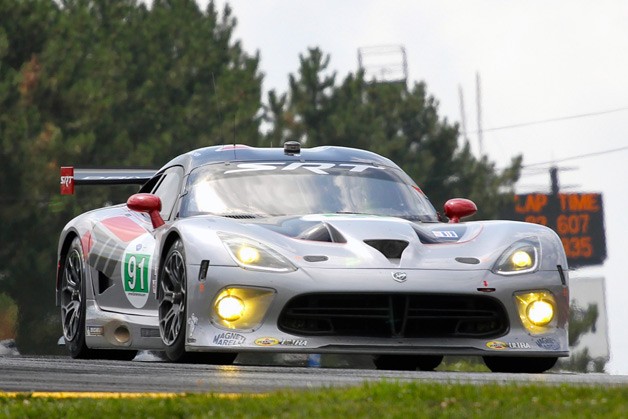 Beware, Porsche 911 RSR and the Aston Martin Vantage V8! In the “24 Hours of Le Mans” this summer you will challenge young American power in the face of two Viper GTS-R. Supercars developed in collaboration with Riley Technologies will perform under the banner of SRT Motorsports factory team in the class LM GTE Pro. Now let’s try to see what this all mean!

As the car performs under the label of LM GTE Pro it means that it is possible of performing 500-horsepowr by having 1245 kilos of the weight, the maximum speed of the car is more than 300 km / h and the car is also equipped with the craziest aerodynamic body kit, which you can possibly think of.

Opponents tremble not because of nothing: Dodge Viper is not a stranger to shock the Le Mans and its participants. The end of 1990 was a real carnage to competitors as between 1998 and 2000 “Viper” consistently ranked first and second in the class GTE. “We are ready to write a new page in the history of victories of Viper at this legendary track,” – told the head of the SRT Ralph Gilles. Indeed, apart from the Europeans Viper awaits battle with the eternal friend-enemy Chevrolet Corvette C6-ZR1.