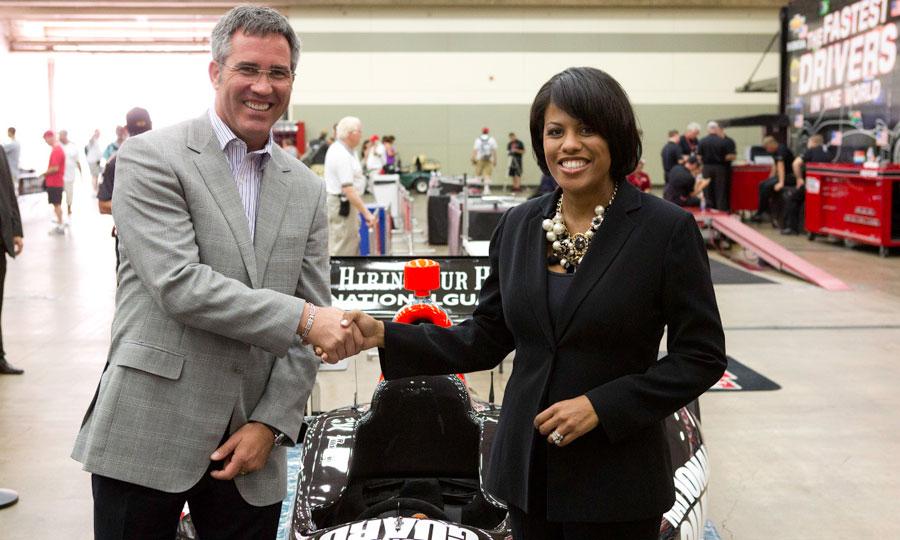 Recently the president of INDYCAR racing series Randy Bernard offered Dodge Company the debut in the championship. According to the official sources, the championship leader held talks with representatives of the American automaker in the Grand Prix weekend in Baltimore, which was held on September 1-2. “I would be glad to see Dodge and the SRT racing department as participants at the INDYCAR. These automakers could finance the creation of the great engine for our championship “- as said Bernard.

After the departure of Lotus in the American series two manufacturers remained: Honda and Chevrolet. Previously, the interest in INDYCAR was seen at Volkswagen, but even until now the German company is not sure with its plans. For “Dodge” the potential arrival to the INDYCAR could be a replacement of the folded program of NASCAR – as the marquee had to leave the championship after the main client of team Penske refused to use the stock-car Charger. Randy Bernard also mentioned that in the calendar of INDYCAR in 2013 there will be 19 races instead of the current 15. Increase in arrivals can be achieved by holding pair of races on some routes.