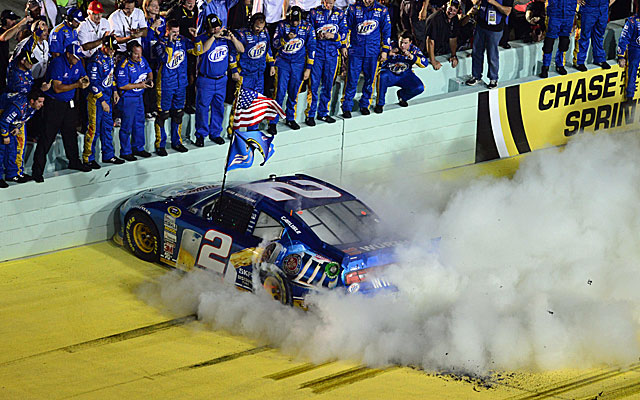 As we all have heard the great happy fact that great Dodge racer – Brad Keselowski – has recently won the Sprint Cup racing competition, and this victory will for long not be forgotten, as with this event was the real and quite serious achievement for him, as well as for Roger Penske.

The victory was just amazing, ripping off the last chance from the biggest rival of the racer – Jimmie Jahnson. Therefore the victory was really beautiful and spectacular. It was a real something for Dodge. Thought he celebration that came afterwards was not less bright and stunning.

The CEO of Dodge SRT division said that this achievement was the greatest accomplishment not of just a racer, but also of a whole company. Moreover this long-lusting achievement was the company’s fist real winning Cup racing since the old 1975, which was won by great driver – Richard Petty. But this sensational victory has a sad ending. As we all heard in August, Dodge will withdraw from NASCAR, majorly because the great driver Penske is going to move to a competitive company Ford. Though it is a good wrap up we must admit! However, none actually fully realizes what does it mean to have NASCAR without Dodge…