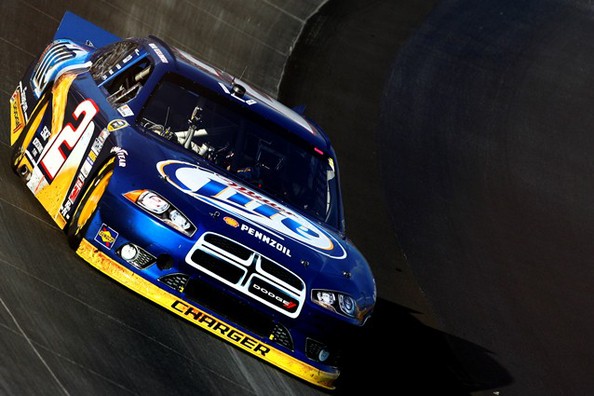 Brad Keselowski who piloted the car Dodge Charger of the team Penske Racing, won the next stage of the tournament Sprint Cup (Premier League championship NASCAR) – a 400-mile race on a mile-long track in Dover. The key to success was the wise fuel consumption of the pilot. Throughout the race the Michigan-born racer stayed close to the leader, but it seemed that he lack some aggrieves to fight for the victory.

In fact it turned out that the relatively low rate of Keselowski was explained just by the care about reasonable consumptions of fuel. As a result, in a few laps before the finish the pilots who were in leading positions throughout the race started to give the Penske Racing driver more space. Someone – as Danny Hamlin and Kyle Busch – shortly before the finish once again visited the pits, while others – like five-times series champion Jimmie Johnson – dropped the rage.

It is notable that Johnson who won at this track seven times, was a favorite, while for Keselowski the Dover track was never considered a suitable one. The psychological effect of “victory on foreign soil” may eventually prove to be even stronger than the changes in the table of the overall standings, where Keselowski, ahead of Johnson, came in first place.