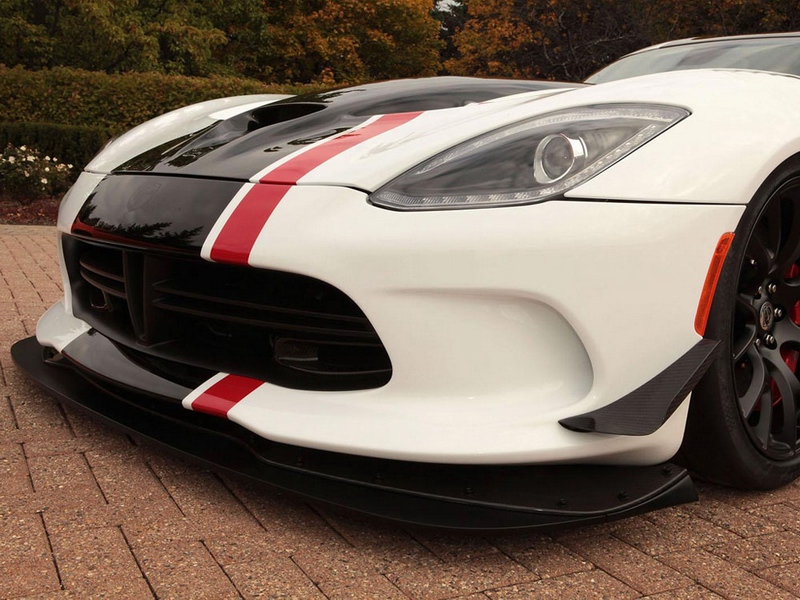 Company Dodge, as it neither consumers beg, is not going to do its iconic supercar Viper more affordable. Even not too high sales of its models did not convinced Americans of the need for an affordable model or cheaper prices. But they are quite ready to make even more expensive car in the Viper line .
The possible appearance of extreme modification of Viper Dodge engineers have hinted in the past year, presenting at SEMA tuning show version of the Viper ACR. However, if it had the status of a concept and Dodge did not mention about the prospects of serial supercar. Now it is rumored that the project is still given the green light.

It is reported with reference to the “well-informed sources” of portal Allpar. However, at the moment of data about how the serial Viper ACR will be similar to its conceptual prototype, no.
The publication suggests that the main differences extreme modifications will become a new bodykit, huge fixed wing, powerful carbon brakes and the most lightweight body: saloon supercar will withdraw from the climate system, multimedia system and other excesses.

When it is in Dodge will work to expand the family Viper, and how much it will cost an extreme modification, is not specified. Standard Viper is appreciated in the US at least for 84,995 dollars.