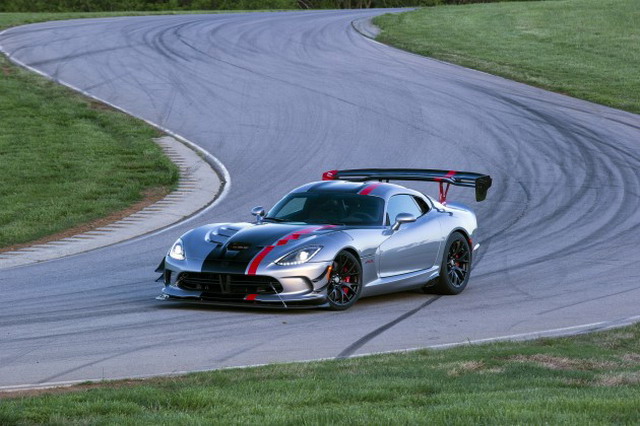 Dodge brand introduced to the world the latest version of one of the most extreme modifications of sports car Viper, which has the index of ACR. Novelty has been demonstrated at a special event at the factory in Detroit. Sports car received a 645-year-strong atmospheric engine and progressive aerodynamic body kit.

Dodge Viper ACR is a sports coupe, “sharpened” for the aggressive driving on the race track, but certified for public roads. As is in the case with the version of the sports car of 2008 model year, the American brand’s engineers have not modified the power plant, and instead focused their efforts on creating an efficient aerodynamics, suspension tuning and weight reduction. Coupe Viper ACR 2016 received the standard V10 engine with the volume of 8.5 liters, whose power is 645 horsepower and maximum torque – 813 Nm. The Dodge did not consider that it is necessary to make any changes to the power plant – it still remains one of the most high-torque motors in the atmospheric world. The unit is paired with a six-speed manual gearbox, which transmits the torque force on the rear axle. 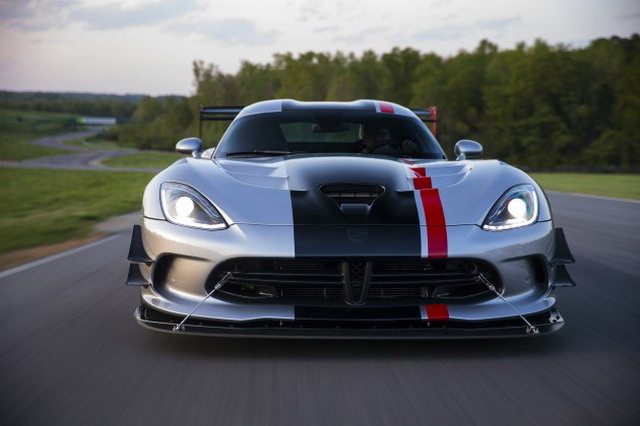 Sports car is equipped with a massive spoiler, diffuser, and original hood with removable shutters, front splitter and other effective aerodynamic elements. Sports car is able to accelerate the maximum speed 285 km / h. Dodge Viper ACR 2016 will go for sale this automn.