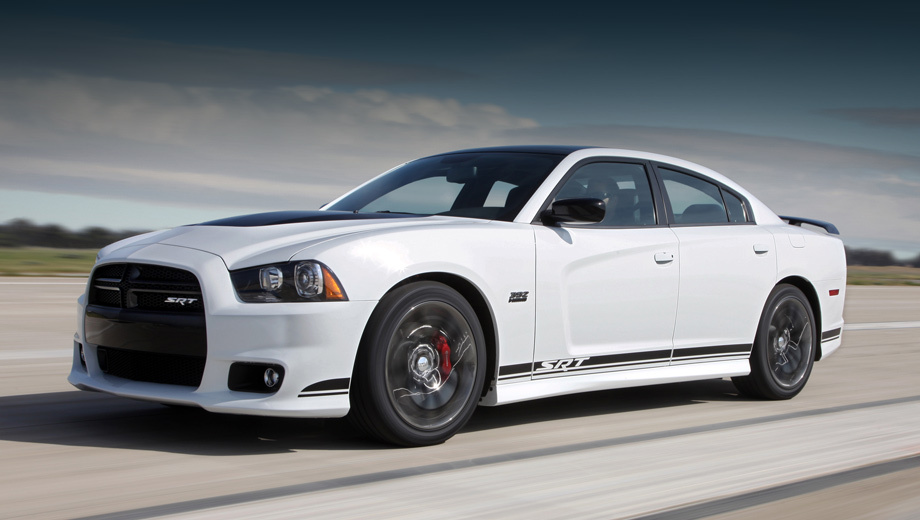 Sedan with a new package can be ordered in one of five exterior colors, but common with black trim elements: the roof, inset on the hood, black stripe with logo Department SRT in the rapids, mirrors, spoiler and a few small things. Spring debutant of the four-door Charger SRT8 Service 392 Appearance Package is designed for those who think that regular “charged” Charger is not enough. Exterior novelty embellished some black elements and main acquisition in this respect are the 20-inch wheels with new trim Black Vapor Chrome. For additional allocation series designers used the badge 392 HEMI on the wing, combining gloss black with dark gray accents.

Package 392 Appearance Package raises the price of an ordinary sedan Dodge Charger SRT8 (that’s about $ 47,000) for an additional $ 2.5 thousand. Not much of a supplement for a series of very small quantities. Fans of the model will be interested to see what is hidden under the aggressive appearance of the four-door model. 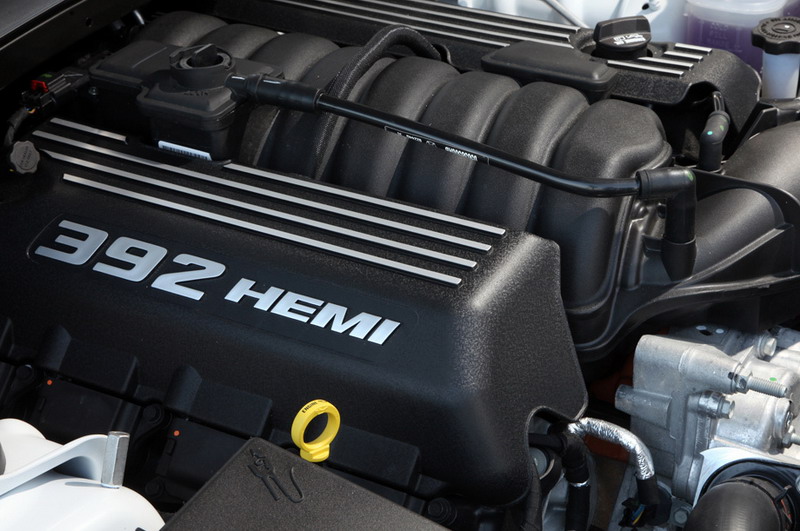 Technically, it is identical to the normal Charger SRT8 and, incidentally, shows all the innovations, just appeared on this model. Under the hood is the unit SRT8 6.4 HEMI V8 with 470 hp output and 637 Nm. The power is directed with a five-step “machine” with gearshift paddles. This bundle allows you to shoot the sedan from zero to 60 miles per hour (97 km / h) in four seconds.