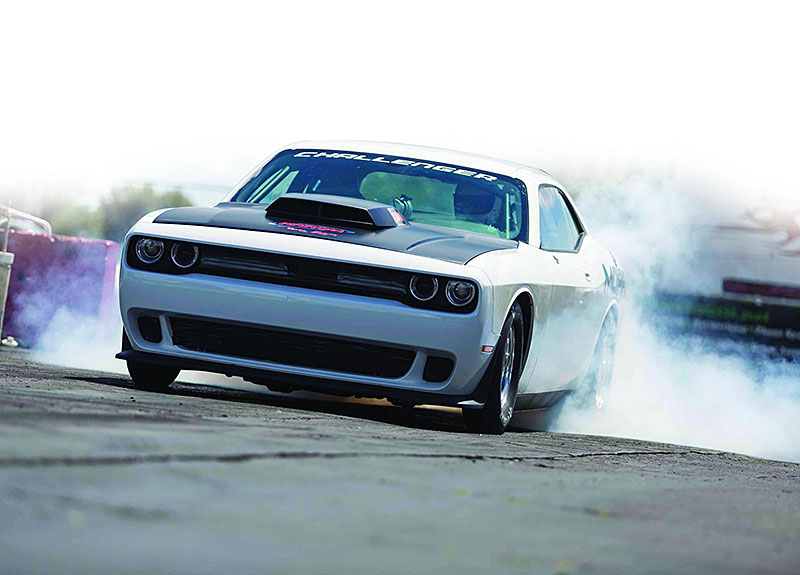 Factory studio of Dodge – Mopar – prepared a package of improvements for the updated Coupe Challenger, which turns the car into dragster. A set is called Drag Pak and while it’s being tested.
Dragster version of the model has received eight HEMI engine capacities of seven liters. The engine combines racing transmission developed on the basis of a three-stage automatic transmission Chrysler 727. Giving power plant news and its dynamic characteristics are not specified. According to unofficial information, the kit includes a lightweight 360 kg chassis, new brakes and a set of racing seats.

In addition, coupe has received 15-inch wheels with tires of a width of 4.5 inches (11.43 centimeters) in front and nine inches (22.86 centimeters) behind. Dragster’s coupe is equipped with adjustable front shock absorbers and four-link rear suspension. Civil modification of Challenger is equipped with independent 5-step mechanical gear box.

The top civilian version of the Challenger is equipped with a 6.2-liter “eight” Hellcat. Engine outputs 707 horsepower and 880 Nm of torque. Coupled with this engine is the most powerful serial oil-car in history.