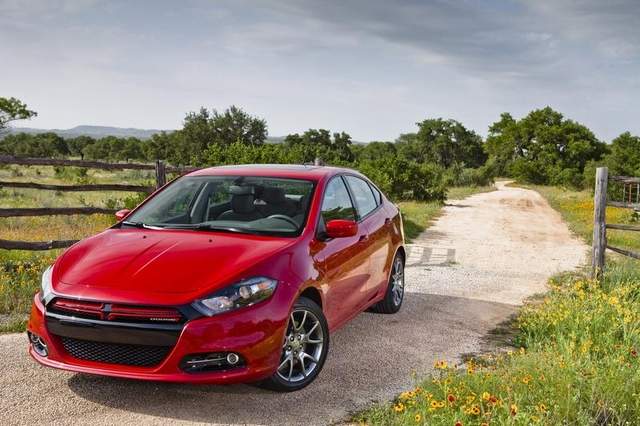 Americans have rated the price of a new Dodge Dart with economical engine from Fiat at the level of 19,295 dollars. To the U.S. market a new version of Dodge Dart, which effectively replaces the so familiar to the local public another great Dodge model known as Caliber, becomes a new icon of the small vehicle. For Americans the Dodge automaker is presenting its new modification of Dart, which has acquired the power plant from Fiat.

This model is equipped with the 1.4-liter 4-cylinder engine MultiAir, which develops 160 horsepower. Gasoline consumption during the ride on the local country roads, according to official figures is about 5.7 l/100 km with a six-speed manual and 5.9 liter paired with robotic gearbox with two clutches, making the new Dodge Dart most economical model of the Dodge brand. The package includes 10 new airbags, Electronic Stability Control, air conditioning, cruise control, leather-wrapped steering wheel. This version of the Dodge Dart is estimated at 19,295 dollars, and we estimate this model will become one of the most popular in the following year in terms of the number of items sold!