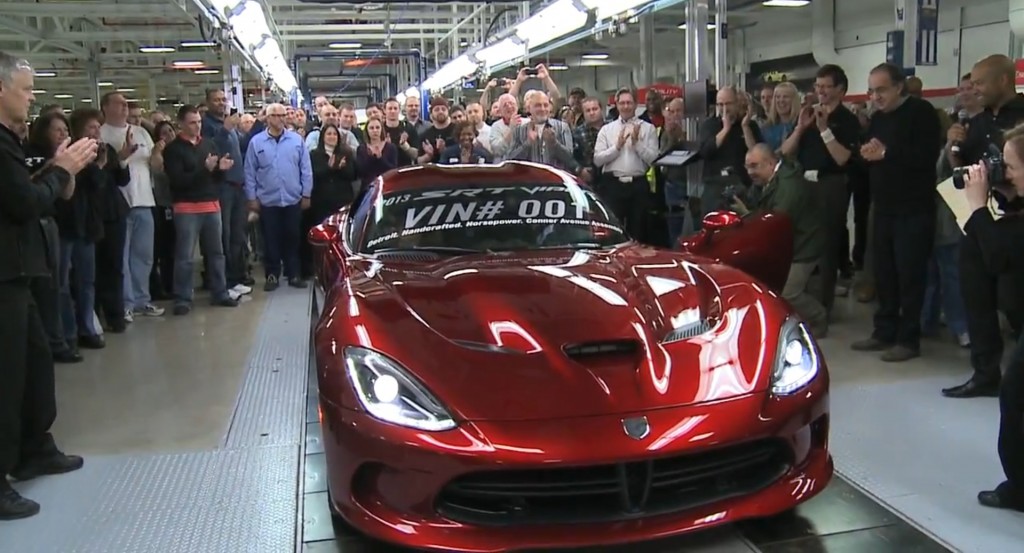 The enterprise Chrysler in Detroit, where production of the great successor of supercar Dodge Viper is organized, had a very special day recently. In a festive atmosphere the company representative have handed the keys to the first model of the new Viper to the client.

The new owner of the great and extraordinary SRT Viper is an American businessman Scott Thomas, who bought a car at auction Barrett-Jackson, paying $ 300,000. The ceremony of transfer of machinery to its owner was a trully special one, as it was attended by the head of the alliance Fiat-Chrysler Sergio Marchionne and president of SRT division – Ralph Gilles.

“This is a very special moment for me, it’s hard to even describe with words the emotions experienced . I never thought that I will have a chance to get the keys to the car in person from the Head of the company”, – said Scott Thomas. SRT Viper is equipped with a 8.4-liter gasoline engine V10. Atmospheric unit, equipped with a six-speed manual transmission, develops 640 hp and 814 Nm of torque. Sports car weighing 1521 kg accelerates from a standstill to first “hundred” in 3.0 seconds. The maximum speed of the car reaches 331 km / h.