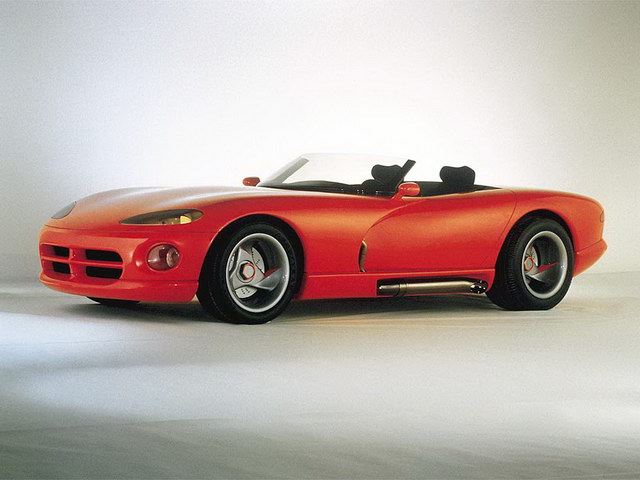 The first concept car of Viper was presented in 1989 at the North American International Auto Show NAIAS and was named Copperhead, which was later changed to the Viper, but the original name stuck for the range of engines for the machine. The car literally captivated the visitors with its unusual design for that time, and excellent technical characteristics. The company received tons of letters, requesting Viper to get into a serial production.

Dodge Viper has officially been launched in 1992. 400-hp engine with multipoint fuel injection for the first generation car was developed by Lamborghini (at that time owned by Chrysler), based on the engine Magnum V10, with a lightweight cylinder head. In the exhaust system the engineers used nomex – composite of space technologies. The car body was made of fiberglass, the frame to which was made out of steel pipes. A characteristic feature of the Viper is still in its steel exhaust pipes located in the door sills. Made in the body of the roadster, it had a soft removable roof, which, however, was intended only to be installed on the storage vehicle. Viper had no side windows, not even the door handles – all fell in the fight against “overweight.” However, the weight of the car is still not that small – 1486 kg.