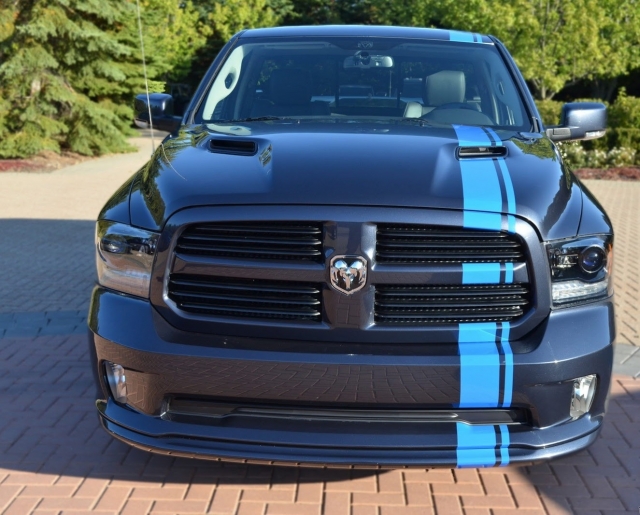 As we have waited for quite a time to see some interesting modifications of Dodge vehicles, today we are pleased to present you our press-release for a new tuned version of one of the most popular and simple the best truck of America! The new Dodge Ram pickup was unveiled at the recent exhibition SEMA. It was not just a simple presentation of the novelty but rather a showing of an interesting concept of Urban Ram, which was established in well-known studio Mopar.

The car features a new blue color of a body with a contrasting bright stripes resembling limited edition of Mopar ’11 Charger. Urban Ram was also provided with the sport hood and a new set of disks with a diameter of twenty-two inch and finished in the black color. 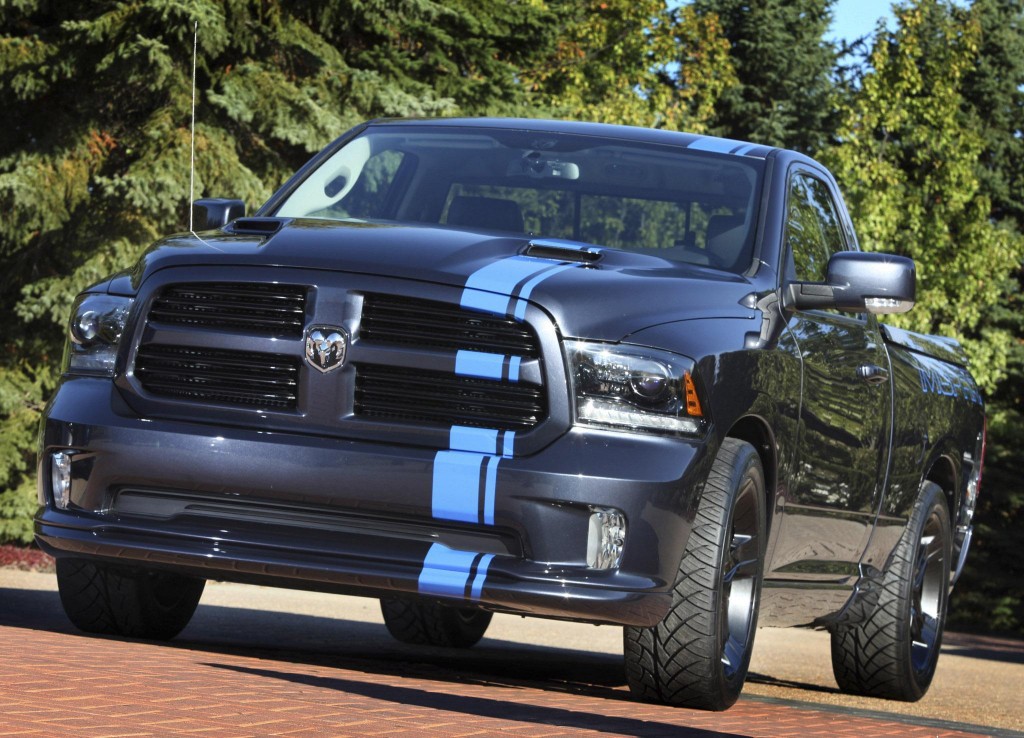 Standard Ram 1500 model lineup in 2013 is equipped with a 392-horsepower HEMI-engine, but the studio decided to slightly increase its capacity. For this masters from Mopar tuning studio set a new cylinder head, air ducts and exhaust system with dual chrome pipes. However, despite the long list of improvements, the masters, as usual, did not rush to the publication of the final performance. In the end we think that this great car is truly worth your attention!