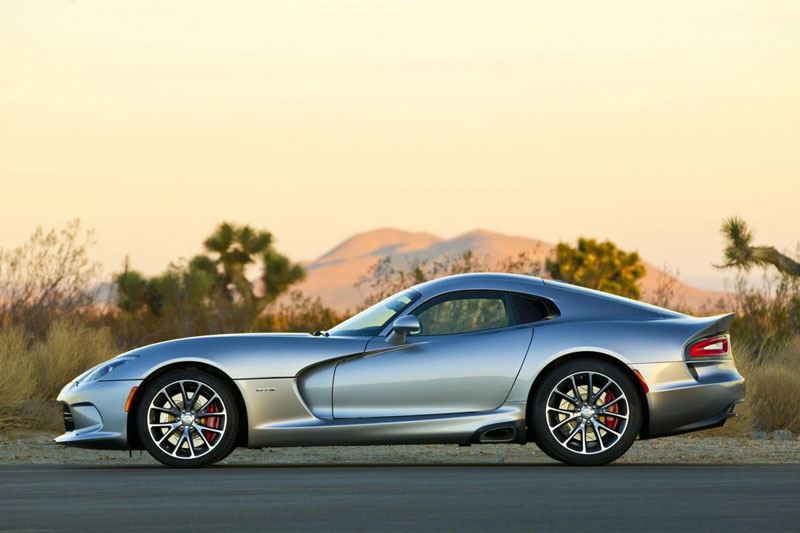 Dodge has showed the new Viper SRT 2015. The new Dodge has become more powerful and has got updated gearbox and has got new additional versions.
So, now it is available in normal, GT- and GTS-versions. In the “medium” (also new) model boasts all the basic options plus adjustable suspension and traction control, as well as trim Nappa leather and Alcantara.
For fans to race Viper there is also a modification of the TA 2.0 Special Edition, built on the base Viper SRT Time Attack, – its differences became a new kit with a generous portion of carbon, recalibrated and stiffer suspension, brakes Brembo, Sidewinder II wheels with tires Pirelli P Zero Corsa, and still Seats Sabelt, only three colors to choose from and circulation of 96 copies. The novelty also has new items and option GTS Ceramic Blue Edition – it is basically a set of stylistic features in the exterior and interior.

There will be only 40 pieces.

As for the increase of power and other technical pieces – 8.4-liter V10 in 2015 Viper SRT produces 654 hp (versus the previous 649 horse powers) and 814 Nm of torque. In this case, thanks largely to update 6-speed mechanics «Viper» consumes 11.7 liters of fuel per 100 km in the combined cycle (minus liter).