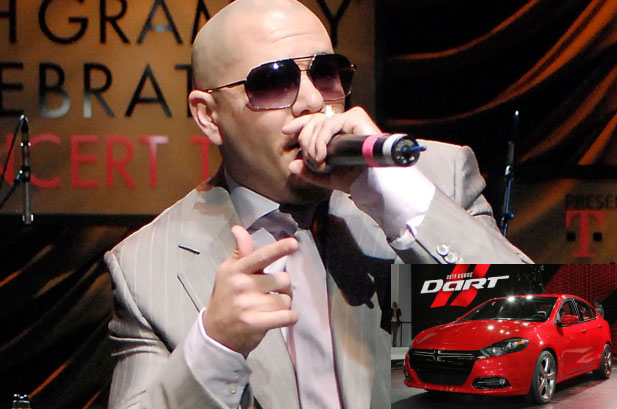 Recent news about Dodge had revealed the actual partnership between this great American automaker and the entertainment channel of Clear Channel Media, as they are preparing to bring on the most prominent and bright event of the year. They are getting into the ride with new 2013 Dodge Dart for the nationwide music-tour. The name for this great music fest is ‘Road to Las Vegas’ which will visit not less than 11 places all around US. But this is not the most prominent part, the greatest feature of this new event is that it will feature lots of famous faces from the Clear Channel who will provide us with the views on the new test drives of the Dodge Dart 2013.

The new test drives are great opportunity for the spectators to see the features of this great model and also win some additional prices, which also include the possibility to personally meet the great VIP guest Pitbull! Moreover, as the prizes with the Dodge Dart are truly amazing, another great feature offered with this winning possibility is to also get the new Dodge Dart 2013 that was tuned and fully customized by Pitbull himself! So you better get to the radio or Internet and check whether the festival of Dodge Dart and music will take place in your city!