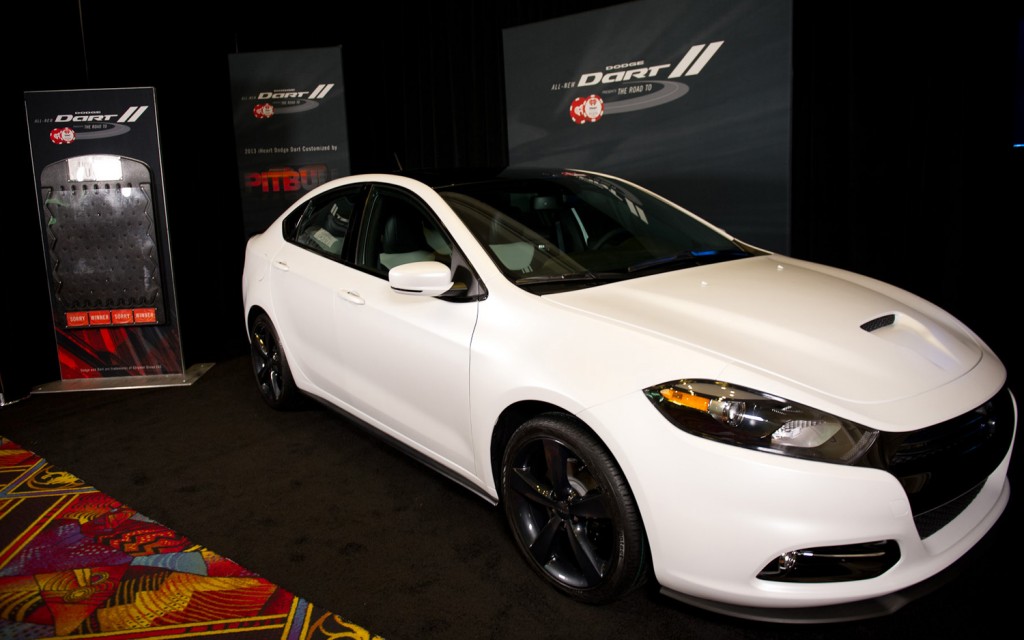 At the popular motor show SEMA, which will be held later this year, will be shown an updated Dodge Dart 2013 year model, tuned by none other than a famous rap artist Pitbull. American automaker decided to realize this venture in order to demonstrate the high potential of the international community “to level” upcoming model.

The car tuned by the popular artist has a pretty mediocre attitude that is only “in giving the exterior of a car, a landmark of style singer who inspired the designers to sedan styling.” Body of the restyled 2013 Dodge Dart uses the classic contrast of basic matte white and graphite black elements such as the roof, grille, front bumper splitter, etc. The highlight of the modifications are intended to provide new 18-inch wheels, which will be done in black color. In addition, the car boasts an unusual hood with a “scoop” air intake and a small spoiler located on the boot lid. Vehicle interior combines black and pearl white leather along with metallic accents on the center console and other interior elements. In the end we actually like the new style of Dodge Dart very much, it is a new way to see this great model of small-cars segment in a more aggressive and stylish way!