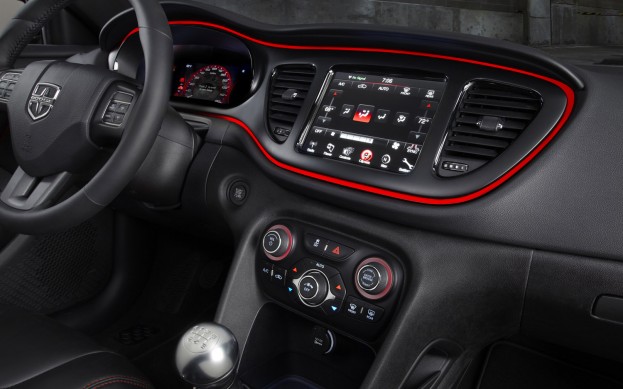 As earlier this year Dodge Company announced that it is preparing its new compact model of Dodge Dart in the new generation version to the market, from that time lots of other news came out, saying about the specifics about this new model and specific features that Dodge is going to equip its small model with. Though there is one more thing that we also would like to share to you about the new Dodge Dart and it is a unique system of charging cell phones.

New American sedan Dodge Dart will have an option of offering to the owner a new system of charging mobile phones, which will charge the device wirelessly. This may not that fascinating for someone, but it tells us about the fact that Dodge is striving hard to make its compact model very comfortable and technologically equipped for the owner.

The new inductive charger is designed as a small rug on which you can put a mobile phone that has to be dressed in a special cover. Charging the device automatically begins after the start of the engine. The option can be quite handy for all people who want to stay connected, and have no time to charge the mobile at a stationary place. This option is valued at $ 200 and will soon be available for all cars of the Chrysler Concern.