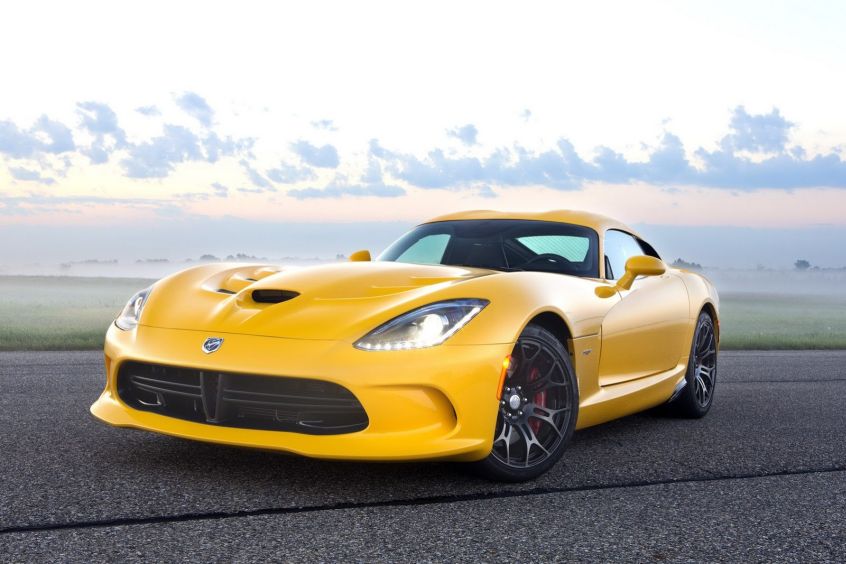 As we all know that recently great American automaker Dodge has officially started to take the orders for new Dodge Viper year 2013 model, new details about the car became known. The car is available in two versions: Standard and GTS. GTS has a more expensive trim and interior, and a “smart” suspension with selectable modes. Basic version of Dodge Viper SRT will cost $95,000, and Viper SRT GTS costs even $120,000. Though be realistic as these rates were set for US, while for Europe they can be even higher!

With prices figured out, but what about the engines of these vehicle? Both versions have a huge aspirated V-shaped 10-cylinder engine with the capacity of 8.4 liters! It outputs 640 horsepower and 800 Nm of torque. SRT company claims that this is the “torque” atmospheric engine, fitted to production cars. The model comes with 6-speed manual transmission.

The chassis and body of the car is made of aluminum and carbon fiber to make the car more lightweight. With such equipment Dodge Viper SRT 2013 can accelerate from zero to 100 km / h in less than 3 seconds and get a top speed of 332 km / h. This supercar passes 402 meters for less than 11 seconds.