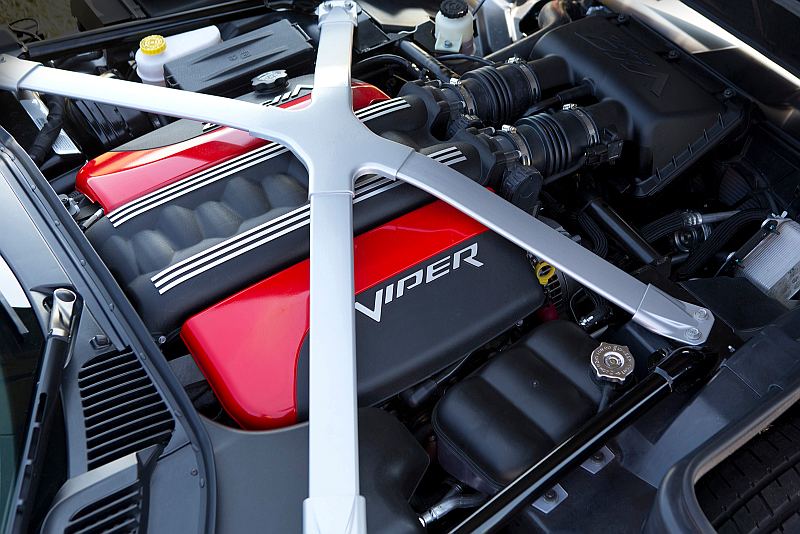 American dealer Dodge, company Viper Exhange, presented a package of improvements for the supercar Viper 2015 model year. Use it to return the base 8.4-liter V10 engine can be increased by 654 to 900 horsepower.
In tuning kit is included a proprietary mechanical supercharger Viper Exchange called Sledgehammer. In addition, the set includes a new ECU, the modified crossbeam, fuel and exhaust systems. The dynamic characteristics are not specified.
For customers are also offered a weak program tuning “Viper” – 697-hp and 733-hp strong. They have a smaller number of improvements, including, for example, reprogrammed engine control unit, improved cylinder head, valve springs and valve lifters.
Thus, the 900-hp strong “Viper” Viper Exhange of power lost to the project from the American studio Hennessey, which offered customers to bring out in the supercar version before restyling to 1,120 horsepower.

Updated supercar Dodge Viper was introduced in the autumn of 2014. The car was forced five horsepower engine and advanced manual transmission.

Earlier supercar sold under the name of SRT, but after this unit has passed into submission Dodge, it was decided to change the name. Since 2015 they began selling cars like Dodge Viper.