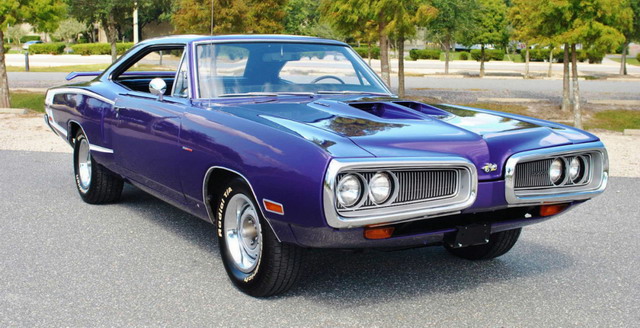 Dodge Company is famous for being able to produce popular mighty muscle-cars, such as 707-horsepower Hellcat Charger and Challenger. But almost 50 years ago, before the appearance of two models mentioned before, in 1968 the car brand has introduced drag Coronet Super Bee, created on the basis of the Plymouth Superbird at the Detroit auto show.

There were a number of replicas of a basic car, but no doubt Super Bee was more aggressive and heavier. The model was offered with an eight-cylinder engine V8 383 Magnum developing 335 hp (250 kW) or with power unit 426 Hemi, generating 425 hp (317 kW). But the most important is the fact that the standard color of the body included the Plum Crazy Purple shade. 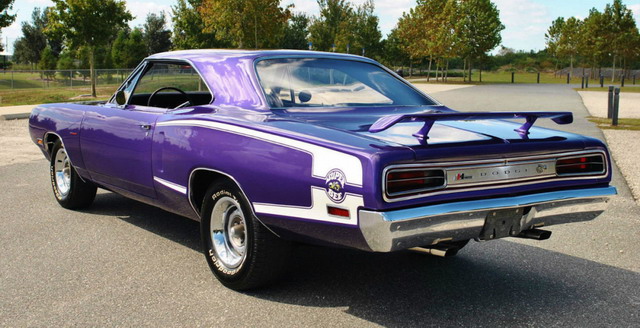 This is exactly one of those 15,506 copies of coupe Dodge Super Bee with a purple body and a 4-speed manual transmission released in 1970. Muscle car is equipped with original V8 383 Magnum engine and has already driven 65 971 km. The machine is exposed on eBay online auction at the price of $ 50,000. Also we should note the good general condition of the car, chrome exterior accents, black interior and a wooden steering wheel.