We have recently came across an interesting post on the Internet. It appears that we can say that the line of great Dodge tuning vehicles was increased by one more model. The name of the new beast of the great American automaker, though redefines by someone else is Optimus. And we must admit that this new vehicle is really impressive. Dodge Ram 3500 with diesel twin-turbo by the name Optimus produces 1200 horsepower and a staggering 2,711 Nm of torque!

Miracle machine belongs to a certain Dave, who, according to sources, is in fact a car collector Robert Himler. He has recently showed in the Internet his new Lamborghini Murcielago LP670 SV, Lamborghini Gallardo Performante 570-4 Spyder, Porsche Panamera Turbo and BMW M6. Now we know that apart from the named models his collection has a great American car Dodge Ram 3500 Optimus. 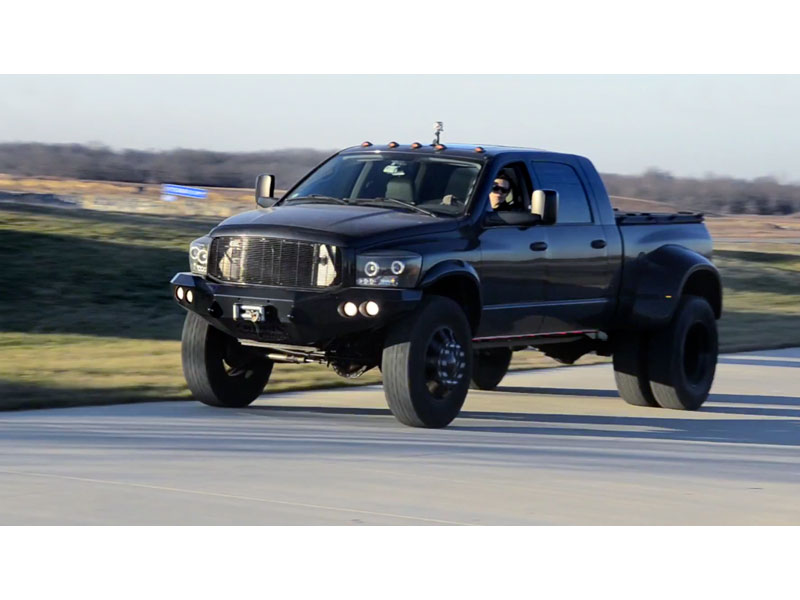 Even though we do not really know that much about this new Dodge Ram 3500 Optimus, except for some numbers, it is still possible to see on the photos, that the car got a new and totally redefined design, It looks more as a monster car now with a new front ankle and side skirts.