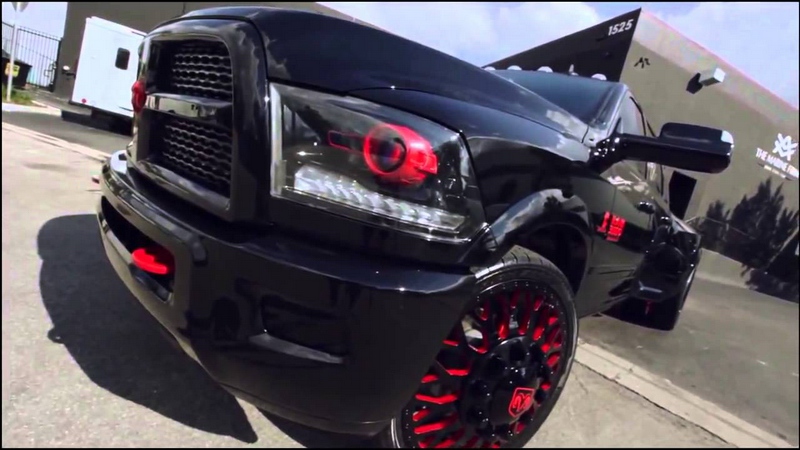 Search in love Americans vans rational useless – these machines have long turned from the transport of farmers in a symbol of America’s car. And no wonder that it falls to them a large part of the attention of American fans tuning. A serious tuning in the United States, as you know, is of three kinds – ‘Rose’ suspension ‘lower’ suspension or give to the motor driving the supercharger.Product created by automotive Alex Vega, Dodge Ram 3500, was named Black & Red Edition.

Unfortunately pickup changed in appearance only, which means that it is still the same standard, 6.7-liter, in-line, Cummins diesel engine mated to a six-speed automatic transmission, which drives all four wheels. 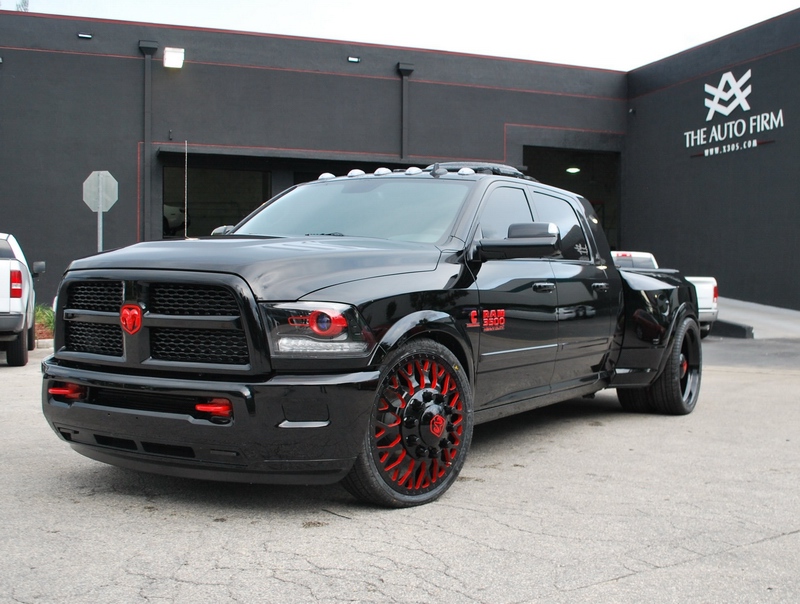 Engine power capacity is 350 horse power (260 kW) and 880 Nm of torque.
Externally, the car is made in two colors, black and red, with a predominance of the former. Dodge nameplate on the grille looks aggressive and optics makes for a minute think that in front of you living creature of horror films.
The car has a fully adjustable air suspension.
We do not know if you can change the interior of the car, so we leave room for your imagination.