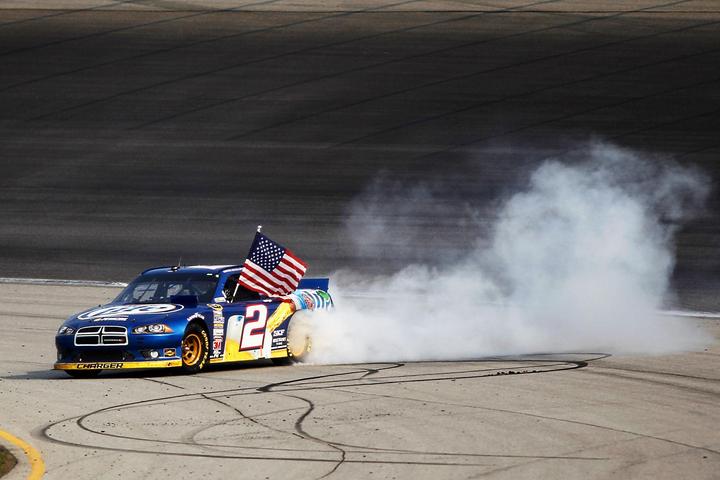 Brad Keselowski at the wheel of a Dodge Charger of the Team Penske won the next race event of the Sprint Cup (Premier League championship NASCAR), that was held on the one and a half million track in Chicago. The victory allowed the native of the State of Michigan to become the new leader of the overall standings.

Perhaps more than any other, this victory was needed for the host team, 75-year-old Roger Penske. Age does not interfere with the patriarch of American motorsports regularly come to the race in which his team performed. One of them involved in the “World Series Indycar” Australian Will Power the day before was seriously upset with the old man because of his own mistakes crashed the car into the wall and missed the title – although before the final round he in the lead with a good margin in the tournament and did not have to make some special, high-risk feats.

Started from 13th position Keselowski did not disappoint his boss – even early on arrival he showed good pace and identified himself as the chief rival to the champion of five series of Jimmie Johnson, who started the race from pole position, and was a favorite of the competition.