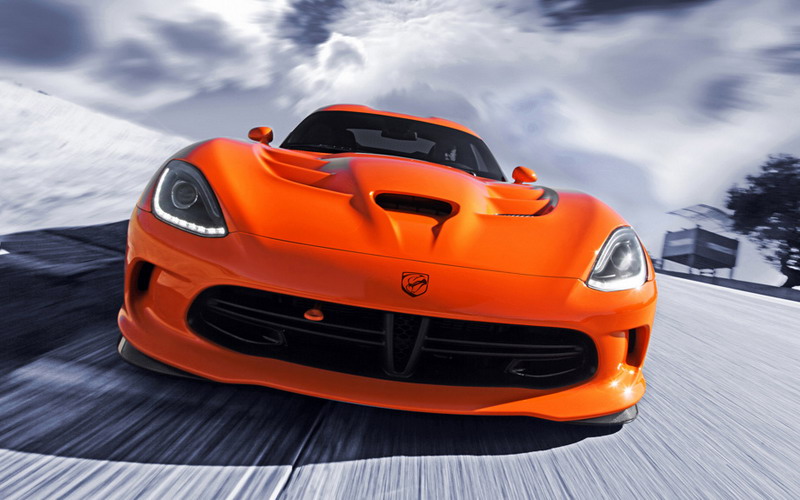 The fifth-generation of Viper supercar appeared in last year and managed to acquire the “charged” version from Office tuning of Hennessey, and was even embodied in the new racing machine SRT Viper GTS-R. And now we can see the pretty curious factory modification of “Viper” with the prefix TA (Time Attack). It is designed for fans of track days, those who are ready to pay with their souls for a better lap time of half a second.

The engine in the SRT Viper TA remained the same as in the basic version (V10 8.4, 640 hp, 814 Nm, by the way, is the largest torque of any atmosphere engine for sports cars). Engineers have also focused on the other parts of the car. In particular, the car received stiffer suspension springs and anti-roll bars that were not present with the base coupe, modified shock absorbers Bilstein Damptronic from the version Viper GTS (it is the oldest of the two original equipment packs of the two-door model): here they have more levels of attenuation and less dispersion between the two modes.

Externally, the new version of “Viper” stands out above all with the bright color Crusher Orange, with contrasting matte black wheels Sidewinder II with tires Pirelli P Zero Corsa. The aerodynamic package for the model SRT Viper TA includes carbon fiber front splitter and rear spoiler. Extra stylistic touch was given to carbon pad on the back of the body.