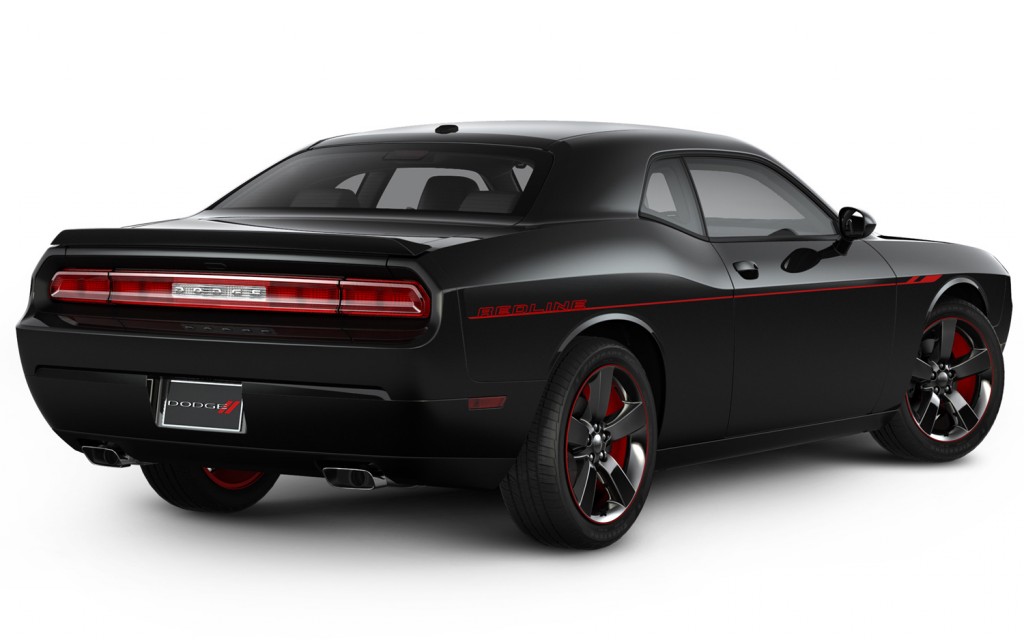 At the Chicago Auto Show a Dodge company presented a new special package for the 2013 Challenger.
The new car was named 2013 Dodge Challenger R / T (R / T Plus) Redline. Muscle car is equipped with a standard 5.7-liter HEMI V8, connected to a six-speed mechanical or automatic with the shift paddles, and has a capacity of 375 hp and torque of 556 Newton-meters.

From the standard car Challenger R / T Redline is different by the red stripe along the sides of the body (hence the name – the “red line”), and massive 20-inch alloy wheels. In addition, engineers have equipped the car with the sports exhaust system, through which the engine power increased by 3-hp with the standard 5.2 HEMI V8 and its power output 372-hp. From 0 to 100 kilometers per hour a car accelerates faster than five seconds.

Redline package is available for installation on the models Challenger R / T and R / T Plus from the 2013th year at a price of 1995 dollars. The 2013 Dodge Challenger R / T appears to be the most affordable muscle car with a starting price of $ 29 995. In the standard version R / T includes sport suspension, high performance brakes and steering system, media system Uconnect Voice Command with SiriusXM Satellite Radio, Bluetooth, USB, auxiliary input AUX compatibility with iPod, and other.