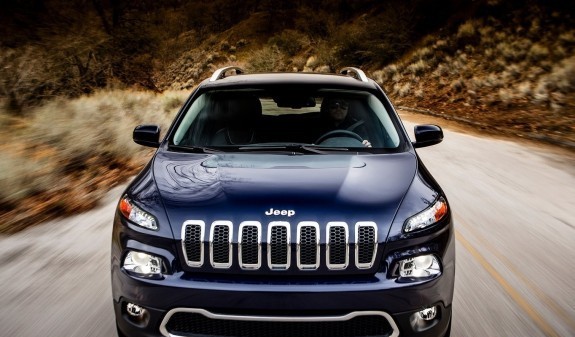 New Jeep Cherokee, which will premiere in April at the New York Motor Show, has received a very controversial appearance. Judging from recent spy shots, in its basic version Cherokee will have unpainted bumpers and extensions of arches. While details on the new crossover Cherokee, which now appear to be exactly the same, the company does not disclose. Americans promise to shed light on the technical side of the issue after the official debut of the model at the April Auto Show in New York. However, as we have often discussed the new Cherokee, now we are more interested in how it looks.

It looks like new Jeep Cherokee, contrary to our expectations, will be very strange. “The three-storey” head optics, “undercut” intakes rectangular grille – what is it all? Let’s face it: if not for the traditional seven slots “grill” and “square” wheel arches to identify Jeep in this modification would be virtually impossible.

The new Jeep Cherokee with a monocoque body instead of the previous design with integrated frame should be based on the platform Compact US Wide (it, in particular, is used with the sedan Dodge Dart), which among other things requires independent suspension on all wheels – like McPherson struts at the front and multilever on the rear.