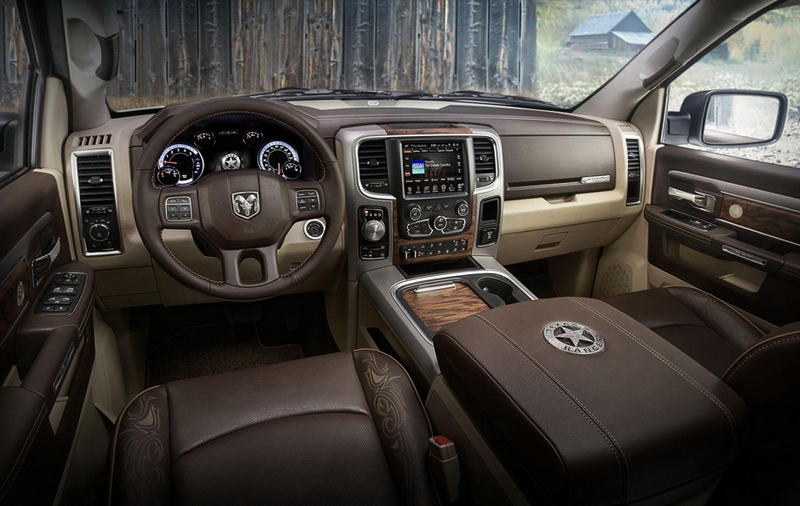 At the auto show in Dallas was presented special version of Dodge Ram 1500, dedicated to Texas Rangers. The vehicle is released in a single copy as a show car.
Vehicles were produced under the program support Rangers, which Dodge began in 2014. The company helps them financially – in particular, provides funds for the development of the museum, and regularly conducts various charity events.

The main feature of Ram Texas Ranger Concept is the finish – to the body and interior decorative elements applied Rangers logo. In addition, wood inserts on the doors are cut Mexican pesos, two centuries ago; the Rangers made them official badges.

In addition, the Rangers logo printed on wheels, front headrests and seats themselves with traditional clothes locals’ patterns. Emblem appears on the color screen instrument panel when the ignition.
In the US, the pickup Dodge Ram 1500 is available with three engines to choose from – a three-liter “six” Pentastar (305 hp) 5.7-liter “eight» HEMI (395 hp) diesel unit and 3.0 V6 (240 hp).
Will Dodge run “Texas” pickup in series production is not yet clear. The company’s management is considering the possibility at the moment.