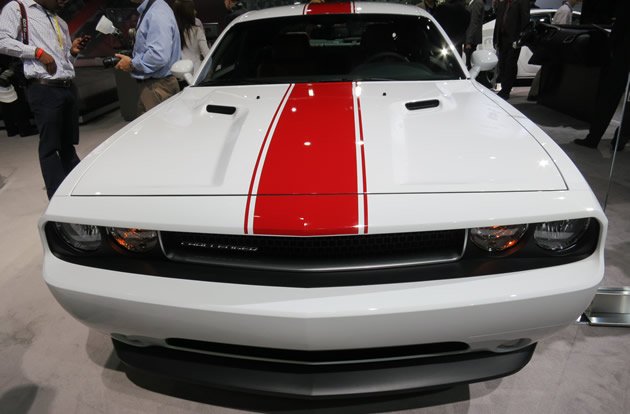 Some great news are spreading as fast as lightning talking about the renewed Challenger offered by the Dodge company. Moreover, if the sports car next year expects a “face lift”, then in 2015 the Chrysler automotive company will release a new generation that will continue to compete with the Chevrolet Camaro and Ford Mustang, its greatest rivals in the section

According to the company and the recent press releases, the new Dodge Challenger will get a little smaller platform – wheelbase of this great coupe can lose up to 80 mm. Namely it can be used for the development of the “charged” version of the branded SRT, which is expected from the revival of another legendary name – the great Barracuda. Under the hood of this dangerous Barracuda in the SRT are going to install the V8 in volume of 6,2 l turbo, which will allow the muscle-car to compete with sports cars, as Shelby GT500 and the Camaro ZL1. Thus, it is possible that both versions can exist simultaneously in the market. It was previously reported that the SRT brand is planning to produce three sports models. Among them are already running SRT Viper, expected Barracuda sports car and a compact roadster, the development of which will be attended by experts of Chrysler, and of the brand Alfa Romeo.