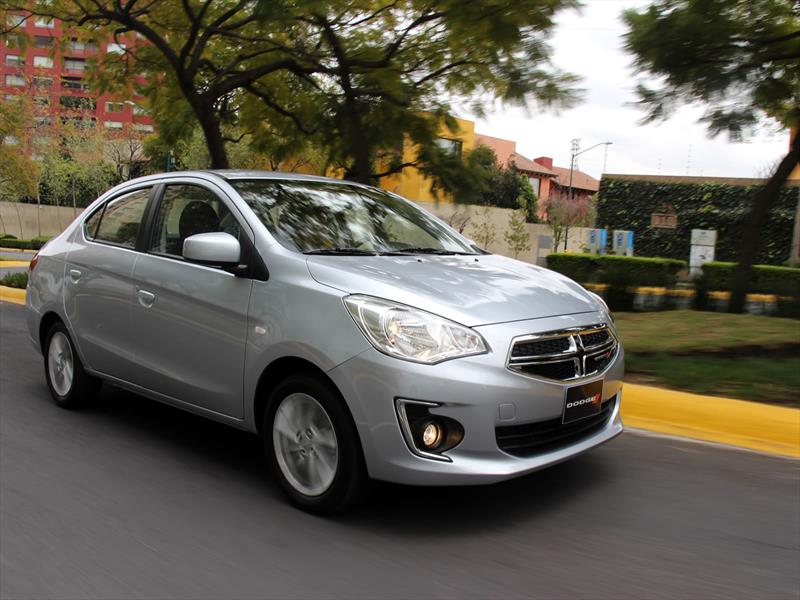 The company introduced the Dodge Attitude in Mexico. It is the sedan of the new. The model has has got a facelifts version of fiscal four-door Mitsubishi Attrage, which is selling in Asia. Attitude of the previous generation sedan was a copy of the Hyundai Accent.
Differences from Attrage are only in the design of the lattice and the presence false radiator nameplates of Dodge. In the interior of the model there is also no virtually differences from the Japanese donor.
Sedan Dodge Attitude of the new generation is offered exclusively with the 1.2-liter three-cylinder engine, whose output is 76 horsepower and 100 Nm of torque. The engine is combined with either a five-speed “mechanics” or with the CVT Dynamic characteristics of four-door car are not specified.

The most accessible version of the Dodge Attitude is estimated at 157 thousand 900 pesos, the equivalent of 10 thousand 558 dollars. The top version costs 13 thousand 305 dollars. The cheapest model in the United States is a Dodge sedan Dart. Prices are starting at 16 thousand 495 dollars.