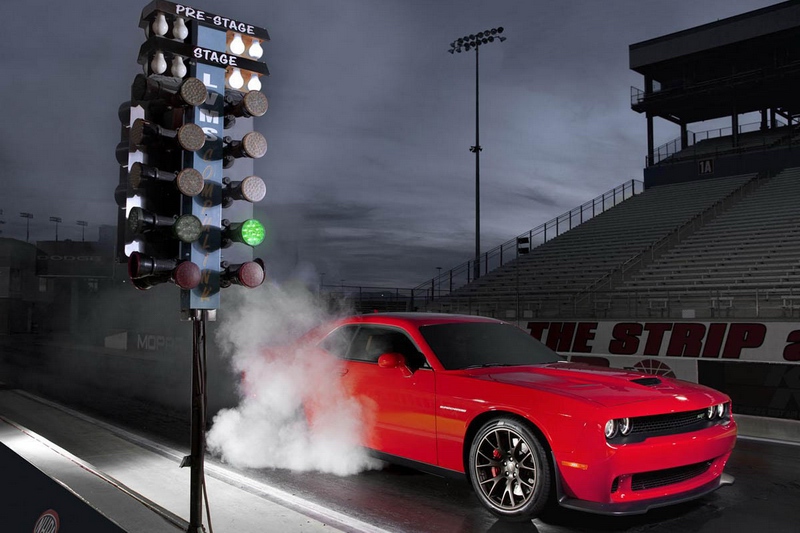 With the appearance of 707-strong version Dodge Challenger SRT Hellcat and Charger SRT Hellcat flagship supercar Viper (starting with 2015 model year, he once again belongs to the family Dodge, rather than SRT, as before), equipped with a 8.4-liter V10 power of 640 hp, was out of work. For a long time, “viper” wore the crown of the strongest car in the line of Chrysler, and now handed the title of brothers and waiting in the wings. According to insider information, the status quo will restore the car thanks to the “top ten” with a mechanical supercharger. Tuning Viper with two turbochargers and even the “meat grinder” is not uncommon, but the boost to production machines were not – they “traveled” on a monstrous amount of work, but this is not enough and it.

According to initial estimates, a titanic engine will give not less than 750 hp. Why not return close to 1000 “mares”? Of course, in Dodge can take this line, but in this case will appear before them a whole heap of problems. And the main limiting factor will be the need for more expensive (and heavy) and a new gearbox differential. Six-step Tremec TR-6060, has a way Viper, has some leeway to transfer torque: it can withstand up to 880 Nm, while its “carrier” peak thrust equal to 813 Nm that is close.

Information about the compressor “viper” preliminary and is likely to be repeatedly adjusted. Time of appearance of the car is unknown.