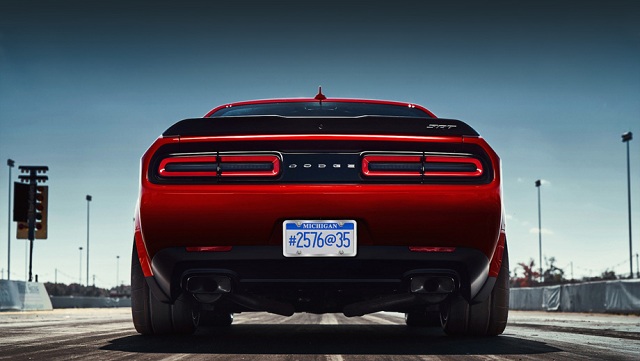 This April at New York Auto Show there will be a debut of Challenger SRT Demon Coupe. The horror-car is going to change Dodge Challenger SRT Hellcat version. The Demon Coupe will be different from the previous Hellcat by wider rear arches, original wheels and a hood with a pair of air intakes in the style of old demons.

It is known that the new Challenger SRT has participated in the filming of the eighth part of “Fast and the Furious”, and it looked very aggressive and brutal. Recently, the Company published in the network some photos where people can see the rear part of the Demon especially its Nitto NT05R tires. Usually, such semi-slicks are used in drag racings. It is not clear what thing is more impressive – the width of the tires equal to 315 mm or the mark in the form of the head of a smiling devil. 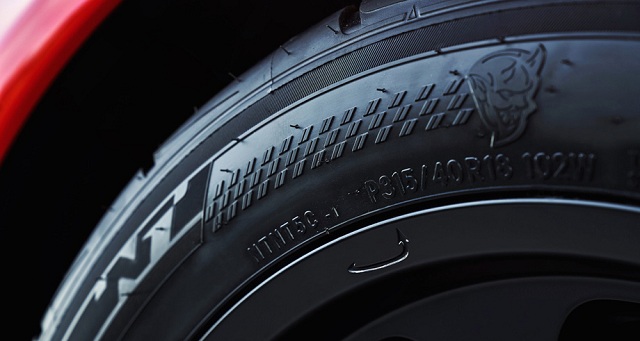 The SRT Demon model will be equipped by a new powerful motor. In addition, the acceleration of the car will be better comparing the Hellcat version. It will be possible due to the curb weight reducing by 91 kg. In addition, the engineers of the novelty will offer two transmissions at customer’s choice. It will be the modified six-speed mechanic Tremec and 8-band automatic TorqueFlite. We guess that the price tag will please the Americans, too. Reminding that the Hellcat is estimated at $ 64,195.