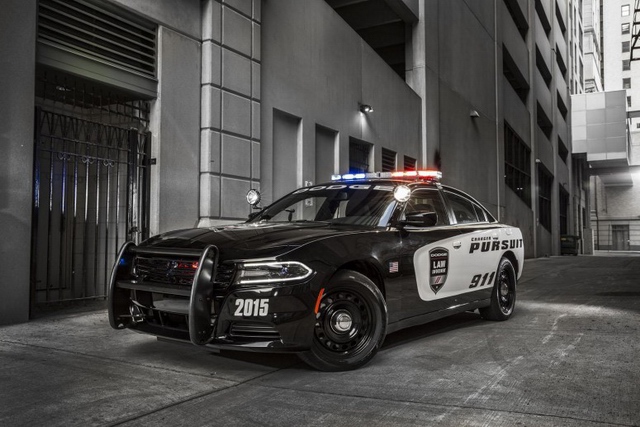 The law enforcement version also got new redesigned interior. It has a sportier dash, standard infotainment system with a touch screen and embedded phone. The biggest improvement is a moving the gear shifter for the eight speed automatic transmission to the steering column. It frees up the center console for a laptop and other police stuff. Specially designed front seats can accommodate the officers’ belt-mounted gear. They have steel seat backs to protect officers against damage by any criminals sitting in the rear.

Well, now you can see the new scary face of justice.